Skip to content
Home > MAIN ROAD > All aboard the Bus 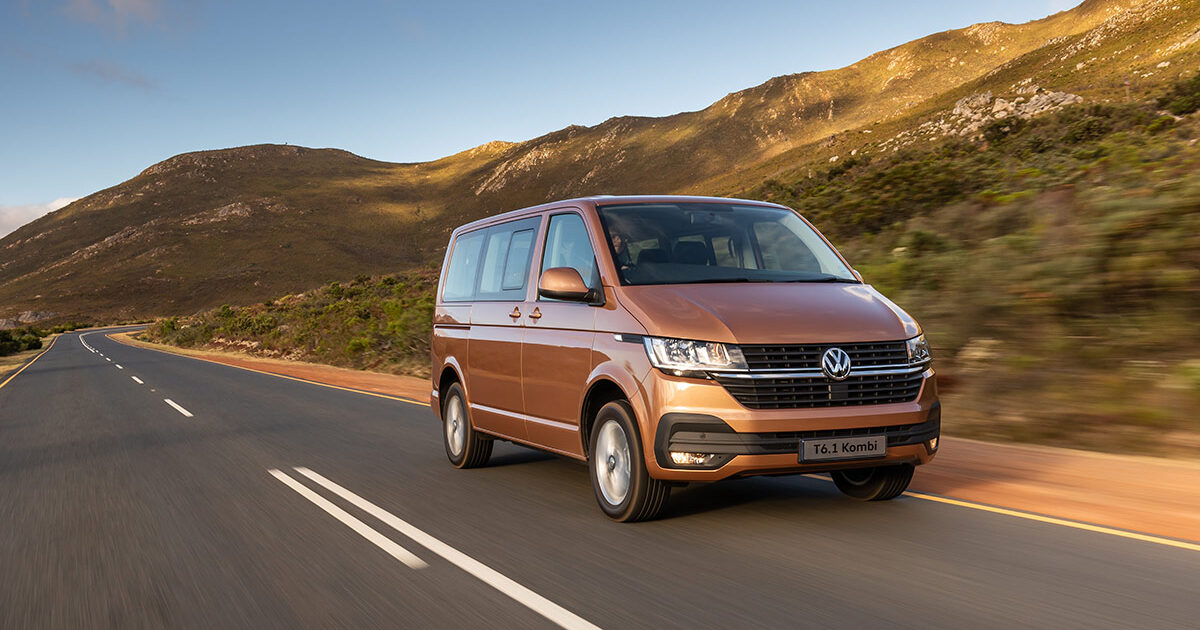 How do you introduce the latest incarnation of the archetypical road trip vehicle? It is a rhetorical question, of course … and it was all aboard the new T6.1 Kombi Bus for a trip from Gqeberha (Port Elizabeth) on the picturesque Garden Route to the exclusive Gondwana Game Reserve close to Mossel Bay.

To celebrate 70 years of the Volkswagen Type 2, we undertook a road trip in a T6 Caravelle BiTDI Highline 4Motion DSG from Gqeberha (still Port Elizabeth then) to Kariega (Uitenhage) and the small Karoo town of Hanover – named after the German city where the Transporter has been built for over sixty years …

For the launch of the latest version of the Bus we were back in Gqeberha, this time at the Courtyard Hotel where we met the rest of the group and collected the T6.1models; ready for the journey along the Garden Route to Mossel Bay and the Gondwana Game Reserve in the Western Cape Province.

The Kombi has a long and rich local heritage, with the first locally assembled T1 Transporter that came off the line in Uitenhage in 1955. Local production of the Microbus (also dubbed the Volksiebus) continued uninterrupted until June 2002 and in total 264 934 Transporters were assembled locally.

The T3model (also available with syncro all-wheel-drivetrain) was the last to be built locally and was also the last rear-engine Volkswagen model. It was produced here for 24 years and became a particular favourite with South Africans. Facelifted after 1991 (when German production of this model came to an end), the exclusively South African Microbus (Kombi) and Caravelle models received 2.5litre fivecylinder Audi-power, upgraded to 2.6litre fivecylinder units in 1995.

At first glance, the new-look grille and bumper, extensive chrome detailing, and new LED daytime running lights are the obvious changes to the T6.1 over its predecessor but, besides the styling updates it also brings cabin upgrades, connectivity enhancements, and a selection of powertrain choices.

A choice of six new wheel designs, six new colours, and seven two-tone paint finishes (a R33 300 option) are available, and the interior has been rearranged with an additional shelf in front of the driver, a larger smartphone tray with an optional wireless charging pad, a reconfigured infotainment system, and a Composition Colour radio system.

The interior of our Trendline model, with an attractive Copper Bronze metallic paint coat, looked inviting with its Titanium Black trim and Palladium and Titanium Black leatherette trim covering the eight configurable seats. The backs of the seats now also have pockets to create space for all your essential gadgets …

Equipped with a 110 kW 2.0litre TDI engine and smooth sevenspeed DSG transmission (the entry-level model has the 81 kW version of the TDI mill, coupled with fivespeed manual gearbox) the Bus comfortably kept to the speed limit on the N2 highway leading towards Plett.

We soon encountered some hilly areas on the Garden Route and while the Kombi was not as keen as the more powerful Caravelle (now with 146 kW under the hood, as also offered in the Trendline Plus) up the inclines, the supple 340 Nm of twisting force provided by the proven drivetrain combination was more than adequate to maintain momentum.

The new multi-function steering wheel with height and reach adjustment is a welcome addition, as well as the new, more accurate electro-mechanical power steering system and the Climatic air-con kept our second-row passengers comfortably chilled.

A host of driver assistance systems and safety features ensure a relaxed, stress-free journey but the best new feature in the Kombi (as we also found in the Caravelle) is the Crosswind Assist system that kept the bus stable on the road even in the strongest Northeast squalls.

We turned off the N2 towards Keurboomstrand and enjoyed a leisurely lunch at Ristorante Enrico before resuming our journey towards Mossel Bay. We reached Gondwana at dusk and made our way towards the luxurious Kwena Lodge, a modern twist on the traditional Khoi-San dwelling, where we overnighted.

The 11 000hectare (26 000 acre) Private Game Reserve with indigenous fynbos vegetation that cloaks the undulating valleys, and beautiful views of the Langeberg and Outeniqua Mountains is home to the Big Five, as well as eland, giraffe, hippo, cheetah, kudu, wildebeest, and zebra.

The next morning, we went on a relaxed game drive with one of the knowledgeable game rangers before sitting down to a wholesome breakfast. We then left for Knysna and had lunch on Thesen Island before booking into the Knysna Hollow Country Estate. On display here was a California Coast, the beautifully appointed top-of-the-range camper van in the new T6.1 series.

The weekend was drawing to a close and the next morning we made our way back towards Gqeberha. Our experience with the Trendline TDI 110 kW on the road to Gondwana again substantiated why the versatile, comfortable, and very competent Bus has, over the last 70 years, become a firm South African favourite …

The road skills and comfort of the Kombi (available from R763 500) also made us question the desirability of a Caravelle (for over a million Rand), and perhaps the Kombi Trendline Plus – available with the 146 kW BiTDI engine and 4Motion all-wheel-drive system – for R947 100 is the ideal derivative …

Fact remains, with its latest updates and improvements, the T6.1 will remain a faithful road trip companion for the foreseeable future – whichever model you may decide on …