Skip to content
Home > BYROADS > Celebrating the Soul of Porsche 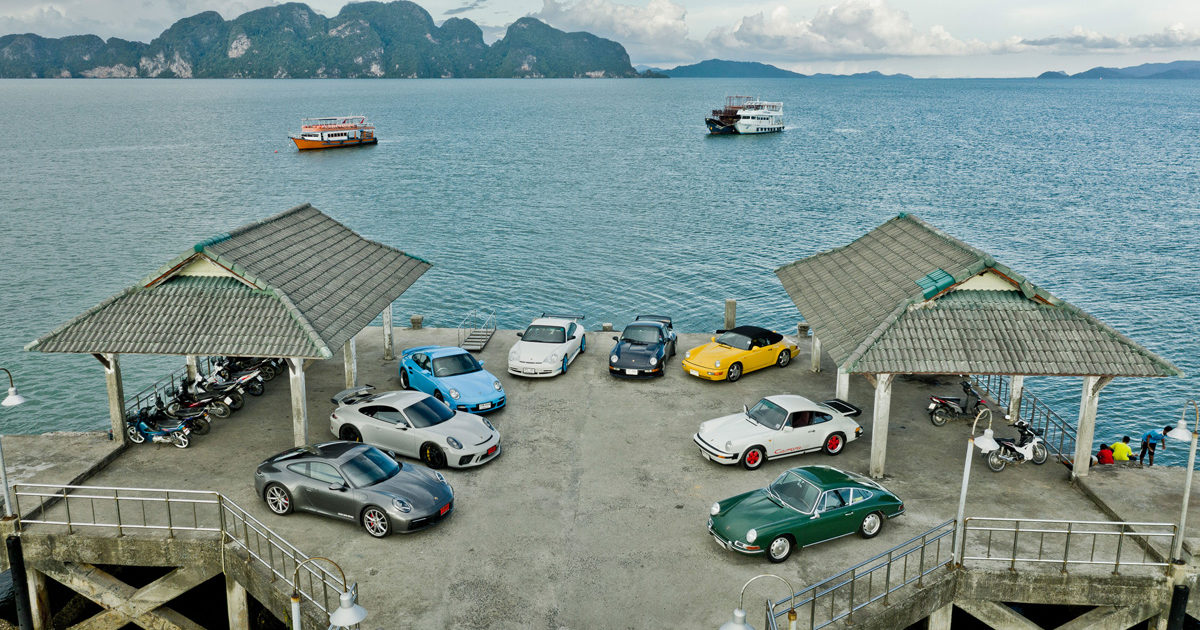 What better way to celebrate the soul of Porsche after the launch of the eighth-generation 911 than with a road trip featuring all eight generations of the timeless sports car? Well, this is exactly what Porsche did in Thailand recently.

To celebrate the launch of the eighth-generation 911 and to reflect on the soul of the iconic machine, a group of Porsche aficionados decided to gather a representative from each era of the 911 for an ultimate weekend road trip – called the “Soul of Porsche” – on roads through the lush vegetation of Thailand.

Whilst in some places early and collectable 911 models are viewed simply as museum pieces, many owners in Thailand – much like in South Africa – take a rather different approach, using their 911s to explore the demanding and highly varied driving routes of the country.

That made it the perfect location to bring all eight generations of 911 together on public roads for the first time. Because of the historic nature of the event, it only felt right to have the occasion documented by different generations of photographers – supported by another iconic German brand, Leica.

Stefan Bogner, a Porsche enthusiast and publisher of Curves Magazine – which brings together his passion for Porsche, design, and driving – is a designer by profession but picked up a camera five years ago because the photographers he was hiring were too slow for the reportage style he wanted. It did not take long before his unique style gained worldwide recognition and Curves Magazine is now published in two languages and is as popular in Seattle as it is in Stuttgart.

On the other side of the photography spectrum is Yik Keat, a young Singaporean urban street photographer and videographer with almost 300,000 Instagram followers. Having always dreamed of owning a Porsche, he was unfazed by the 280 km journey, savouring the opportunity to capture the evolution of the iconic silhouette of the 911. 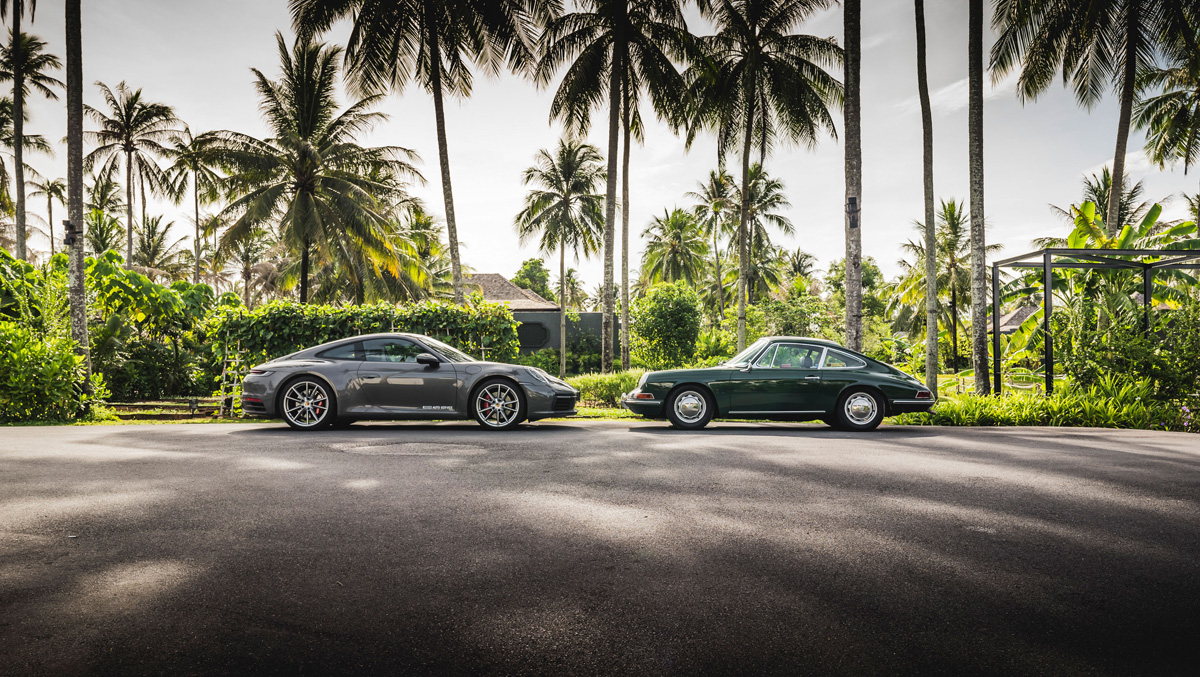 There were plenty of examples to photograph, thanks to the surprising number of rare and unusual Porsches that have made their way to Thailand over the years. Joining the drive with the new 911 Carrera S (type 992) was a truly eclectic mix of predecessors, including a 912, a 911 Club Sport and a 964 Speedster belonging to local Porsche collector Isarin Chaleiysilpa.

Also in the mix was a 996 GT3 RS with just 800 km on the odometer, a pristine 997 Turbo, and a 993 RS – thought to be the only one in the country – while Maetup T-suwan, whose father has owned a range of 911s over the years, brought along his 991 GT3, a car that sees daily use. The first 992 in the country was provided by AAS Auto Service, the sole authorised Porsche importer and distributor in Thailand.

The 911 journey started in the Southern city of Surat Thani, on the Gulf of Siam, and wound across the Kra isthmus, through Krabi and on to Phuket on the Andaman coast. From bustling Surratthani the roads twist through vast plantations, dense tropical jungle, past vertiginous limestone karsts, and stands of rubber trees impenetrable to midday light, before arriving at the dramatic vistas of Phang Nga Bay – made famous by the iconic James Bond movie The Man with the Golden Gun.

The kinship between drivers was palpable over meals of spicy Southern Thai food, with lively conversation and plenty of laughter, and a true 911 family formed thanks to a cross-generational passion. Maetup T-suwan took possession of his GT3 late last year. His father owned several 911s and said to him: “Believe me, son, Porsche makes the best car in the world.”

“At first I was not sure, but I think he is right,” said Maetup, in a refreshing case of the generational accord  – something that seems all too rare in the world today. Collector Isarin Chaleiysilpa could have chosen to drive any of his three vehicles but instead spent a lot of time behind the wheel of the 912. He enthused about its amazing poise and effortless speed and marvelled at the capabilities of a car the same age as him.

Unsurprisingly, Vutthikorn Inthraphuvasak, fresh from a race win in his Panther/AAS Motorsport GT3 in the Blancpain GT World Challenge Asia, favoured the more modern machinery, saying, “I am a motorsport man, so I like the technology of the newest 911s. When you drive the GT2 RS, you are going to get the adrenaline levels up. It is faster than my race car!” He also praised the everyday usability of the newer 911s, echoing the consensus of the rest of the group.

While all participants clearly had an appreciation for the newer cars, it was the younger members of the group that were more noticeably enthralled by the modern tech. Natthapon Sahawat, a 21-year-old travelling with his father, was all smiles after driving the 992. “I love the interior,” he enthused, “but I like the exterior design too. It looks amazing. My generation likes the wider body.”

However, after a moment to consider what he had just experienced behind the wheel of the 992, he reaffirmed the real lure of the 911 remains its usability. “I want an everyday drive. Something that is sporty but not hard to drive.” This is an attribute attractive to all generations, and whether it is the new 992 Carrera S, Speedster or any of the sportier Club Sport, RS, or GT3 models, the soul of the 911 indeed shines through.

While each generation improves on the previous one, with eight generations of 911 together on real roads, it is obvious the inherent DNA of the 911 is not only to be a sporty road tripper but also to be a genuinely useable daily driver.