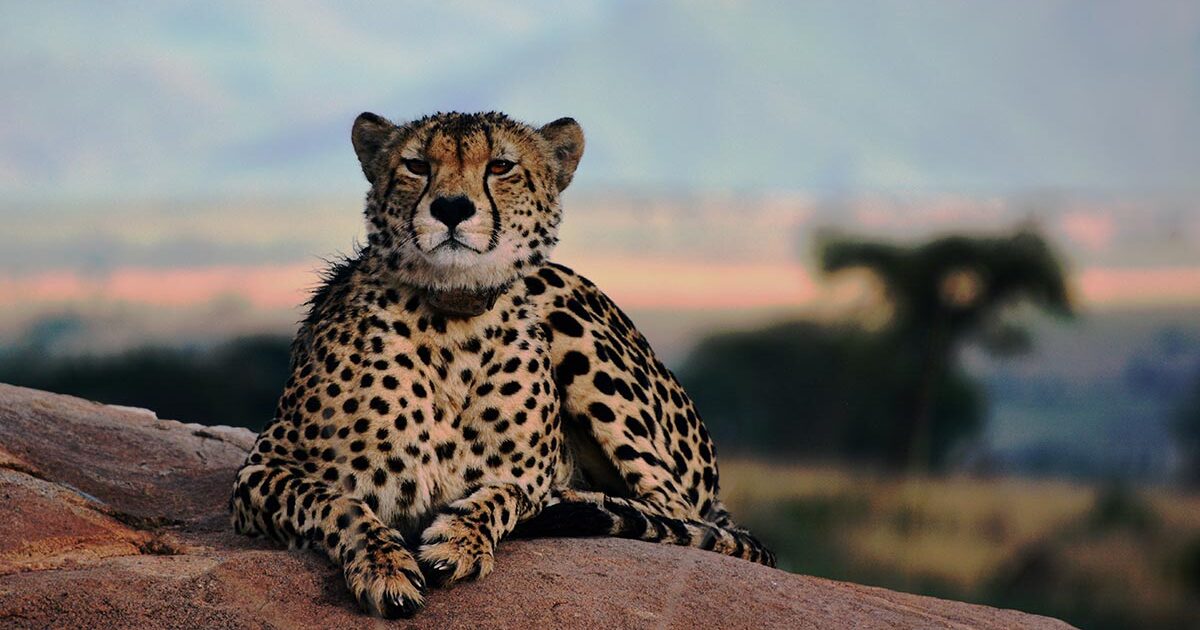 The sideshows are wonderful but, to Jim Freeman, the bush is always the main attraction, more so when travelling to eManzana (Badplaas) to visit the luxurious Nkomazi Private Game Reserve …

Most people, when travelling by road from Gauteng to the game reserves of Mpumalanga, keep heading East along the N12 or N4 more or less till they hit Mbombela (Nelspruit). From there, the majority turn North towards the Kruger National Park or the host of private reserves that make the province so popular.

Few bushbabies, however, pass the massive Alzu Petroport outside Middelburg and prepare to turn South in the direction of Carolina, eManzana, and the Oshoek border post to the Kingdom of Eswatini (formerly Swaziland). Why would they? It is not as if that is Big Five country, is it?

Actually, the mountains and plains outside eManzana (the name means “healing waters” in Swazi) are where you will find Nkomazi Private Game Reserve, 15 000 ha of wilderness that folds itself around the Nkomazi / Komati River that rises nearby and spills into the Indian Ocean 480 km away. It is the southernmost wildlife reserve in Mpumalanga and hosts four of the Big Five … so called for being the most dangerous African animal species to hunt on foot.

The property, bought recently by a consortium of local businessmen, has undergone a multi-million Rand refurbishment and has reopened for business in November. Nkomazi is managed by Newmark (www.newmarkhotels.com) which administers a collection of upmarket hotels, residences, reserves, and lodges in South and East Africa as well as Mauritius. The group recently established a foothold in central Europe through acquisition of several boutique hotels in Portugal.

Accommodation at Nkomazi comprises a single tented camp on the banks of the river. It consists of 14 luxury units under canvas, with two having been built to accommodate families or parties of four. All feature an outside bath.

I am not a “bath” person but I could not resist wallowing with a glass of red wine while lightning flickered on the horizon. It was just the ticket after a day spent gallivanting around the boonies and made all the more special because, as a resident of the Western Cape, I seldom get to experience the thrill of a thunderstorm.

Meals and drinks are generally served al fresco on the deck of the L-shaped dining tent that overlooks a set of rapids and the looming foothills of the Makonjwa mountain range. My group arrived just in time for a beautifully presented tapas-style lunch that was accompanied by a Summer deluge that left us gleefully soaked.

Much as I enjoy my creature comforts, they serve only as a sideshow to the main attraction; the morning and evening game drives and whatever “safari” activities can be crammed in between the two.

I prefer morning drives because, even though I do not get that incredibly beautiful pre-sunset hour when everything turns gold, the light gets progressively better for taking pictures and fellow guests (especially those who have been in residence for a few days) often opt to sleep in. This means less of a dash to try and fit in the Big Five before breakfast.

Senior field guide Corné Kotze and I had the vehicle to ourselves one morning and consequently spend several hours on station with two magnificent cheetah, animals for which I have a particular affinity.

We returned to camp (seeing a giraffe that could not have been more than a few days old) for eggs Benedict and bubbly before heading out again to go fishing in the Nkomazi. Guests have the option of fly-fishing but we just went trolling with bait and wreaked havoc on the barbel population! It was great fun.

I have always said private game reserves generally justify their high prices by regularly providing wildlife experiences that visitors to public parks stumble across by luck rather than design. This is largely due to the expertise of the field guide or ranger.

The evening after our catch-and-release fishing expedition, Corné took us close to a small pride of lions where the female was in oestrus and getting the full what-ho from the dominant male. Their bouts of baby-making brought them ever closer to the stationary vehicle until one of our number murmured that he no longer felt entirely comfortable. No questions asked, Corné started the vehicle and we moved off for sundowners.