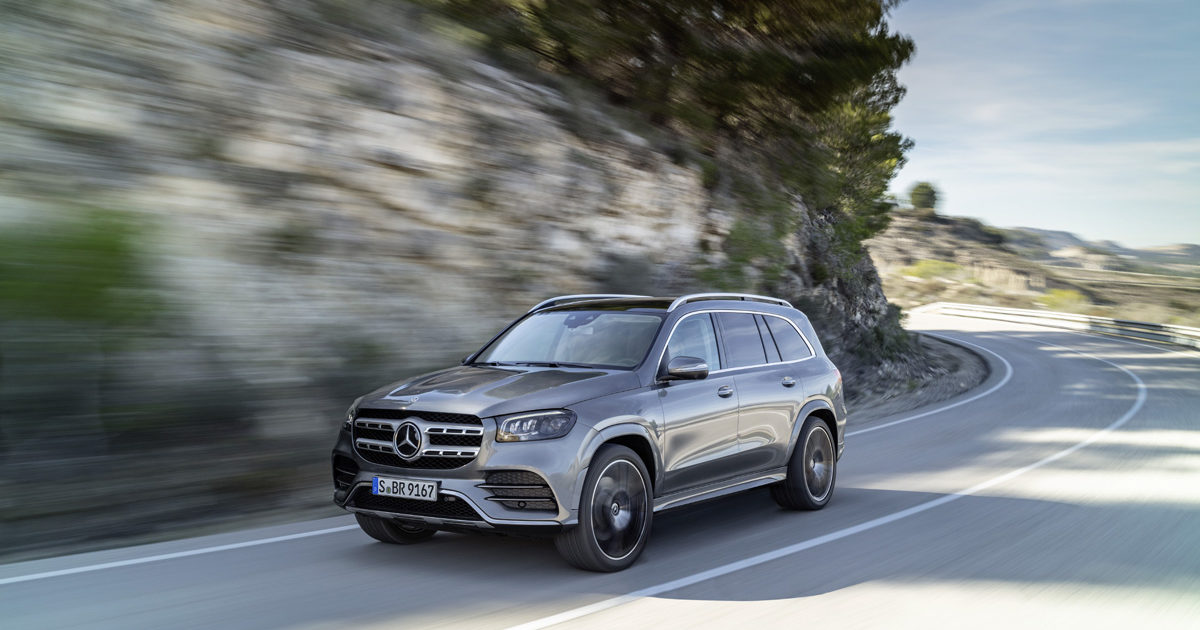 Facing even stiffer competition from the newly launched BMW X7 SAV and the expected Audi Q9, Mercedes-Benz has extensively reworked its largest and most luxurious SUV, the third generation GLS.

The third generation GLS, largest and most luxurious SUV from Mercedes-Benz that debuted at the New York International Auto Show in April this year, offers even more: more space, more comfort, more luxury. The imposing presence of the exterior stems from the dimensions of this X167-model, as it is even larger than its predecessor – 77 mm longer and a full 22 mm wider.

The new GLS, using the same architecture as the latest and imminently expected GLE, also has a 60 mm longer wheelbase adding to its interior spaciousness, especially in the second row. As in its BMW X7 contender the three fully electrically adjustable seat rows offer all passengers a generous amount of space and outstanding seating comfort. 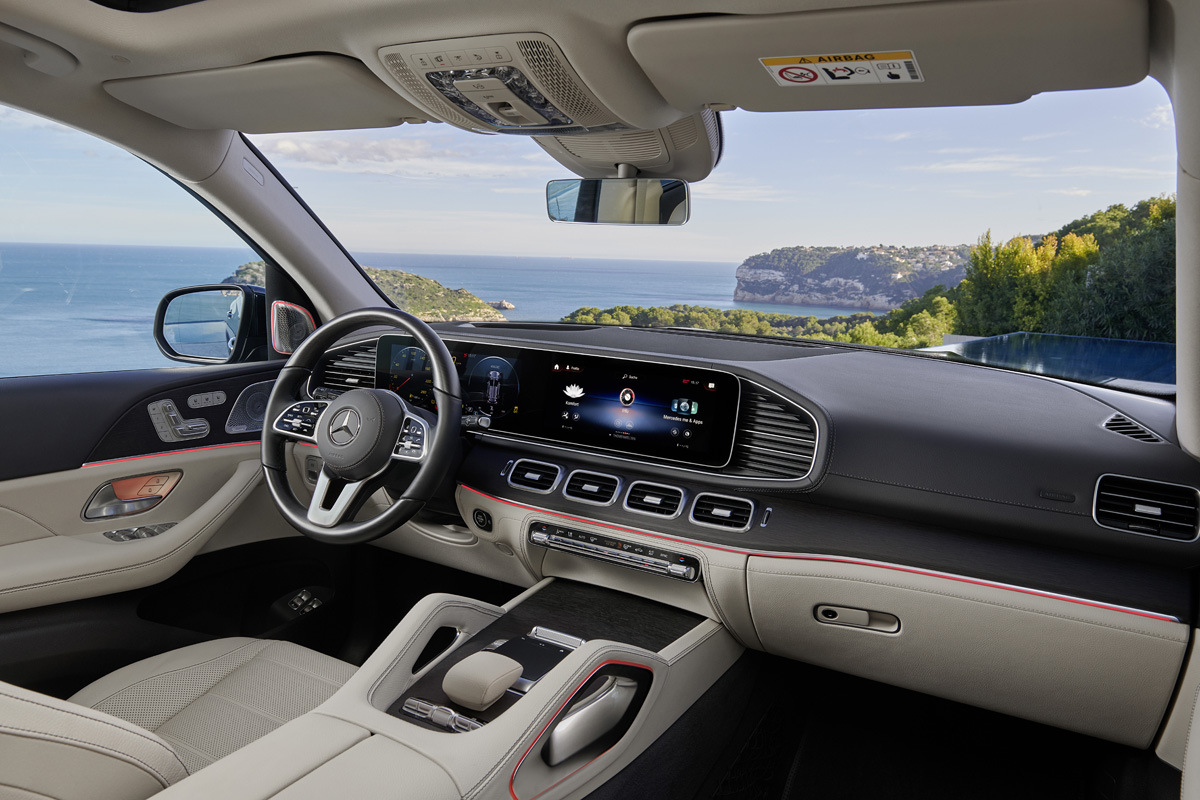 The third-row seats can be lowered into the floor to increase boot space (up to 2,400 ℓ), while the second-row seats fold flat. A six-seater variant with two luxury individual rear seats in the second row is now available for the first time. To indulge passengers, it features a MBUX Rear Seat Entertainment System consisting of two 11.6-inch touchscreens, upgradeable with Rear Comfort package Plus, an Easy-Entry function for all seats, heated seats, separate USB charging ports for the third row, and five-zone automatic climate control.

Like the GLE, the GLS features the latest generation of driving assistance systems and new 4MATIC system to ensure great agility on the road and strong performance off the beaten track. It has impressive aerodynamics, with a Cd figure of 0.32, and a new Carwash function, which prepares the car for entry into a carwash with a single press of a button … 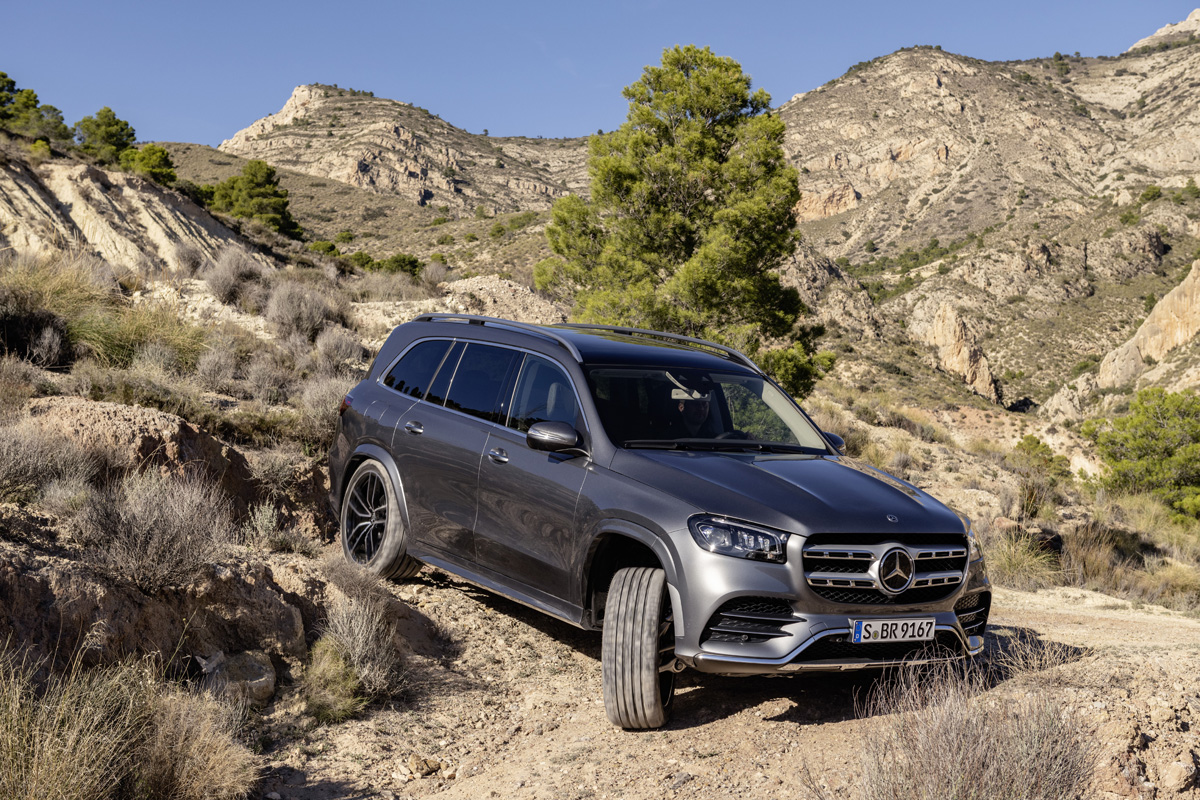 The new GLS retains the powerful six- and eight-cylinder engines from its predecessor but now all petrol engines will feature an integrated starter-generator and EQ Boost. The petrol model available at launch is the GLS 580 with a four-litre twin-turbo V8 (for the US and Chinese markets), while two six-cylinder diesel models is now available to order in Europe, Russia, and other markets.

The three-litre in-line six-cylinder OM656 turbodiesel engine used in both the GLS 350d 4Matic and the GLS 400d 4Matic have an output of 210 kW/600 Nm and 243 kW/700 Nm respectively. The engines are mated to a 9G-Tronic auto transmission and 4Matic all-wheel drive system with enhanced Airmatic suspension system.

Available as an option is a new transfer case specially configured for superior off-road driving characteristics. In addition to the controlled multi-plate clutch with torque-on-demand function, it also features a reduction gear for off-road driving. While the new GLS is under consideration for local introduction, it is not yet clear whether it will make its way here, or when.