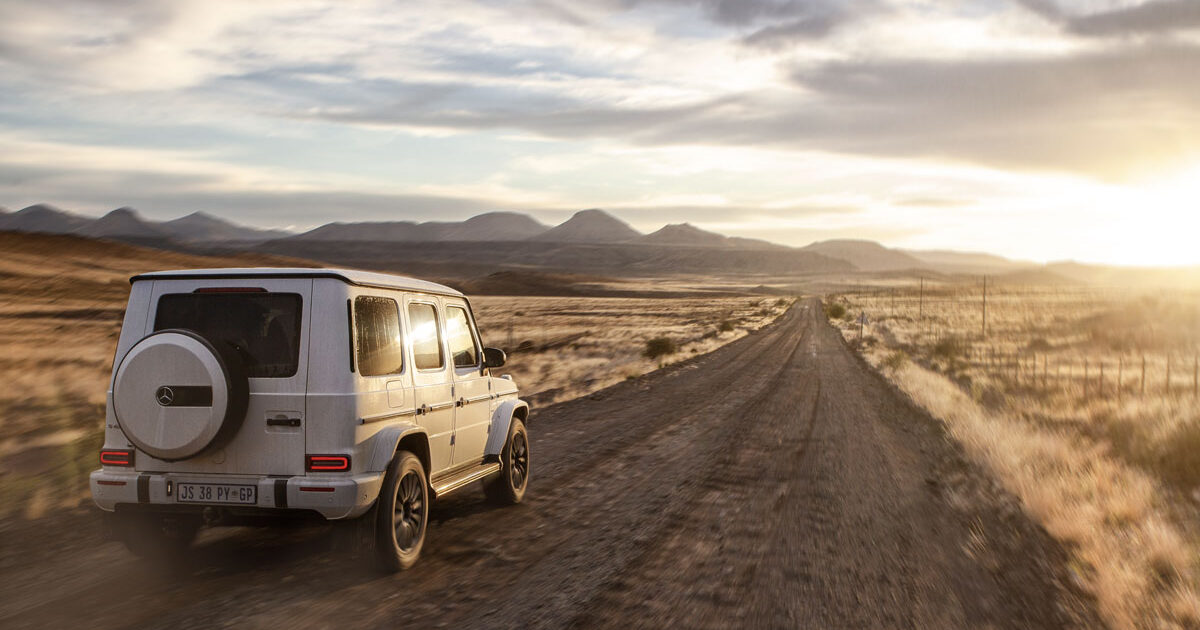 For twenty years, the Laureus Sport for Good Foundation has stood the test of time … To celebrate this milestone and reflect on the founding role Nelson Mandela played, we took a special G-Class to the venues of great sporting event in the country and visited some Laureusinitiated projects on the way.

“Sport can create hope, where once there was only despair. It is more powerful than governments in breaking down racial barriers. It laughs in the face of all types of discrimination.” With these immortal words Nelson Mandela, standing alongside 24 of the greatest living sporting legends in the world, opened the very first Laureus World Sports Awards ceremony twenty years ago.

The Laureus Sport for Good Foundation, founded soon after under his patronage, uses sport as a tool to help young people overcome violence, discrimination, and disadvantage in their lives. Over the past two decades the Foundation has developed a global network of grantee partners and charitable infrastructure and is now recognised as a leading organisation in the Sport for Development community.

“That first awards ceremony in 2000 was a memorable occasion,” remembered Iain Banner, co-founder of the Foundation, as he regaled us with stories of those early days. We were sitting in the shade of the Cape Town Stadium, built for the 2010 FIFA World Cup and now host to not only soccer but also rugby, and even tennis matches.

“Back then, around 1999, I was sponsorship director of Richemont International, and it all came about when Johann Rupert came up with the idea of an academy for community upliftment through sport,” recalled Iain. Initially the name Beating Heart Foundation was mooted but this was soon changed to Laureus, derived from the Latin word for ‘laurel’.

“We then asked Mr Mandela to be the patron, and he immediately accepted, as sport was close to his heart – as we saw during the different World Cups and other notable sport events of his era,” Iain said. “Madiba, an avid boxer in his younger days, truly believed sport can transform lives.

“Mr Rupert approached Daimler to support the venture and Jürgen Schrempp, then CEO of DaimlerBenz, immediately accepted. The partnership with Daimler and MercedesBenz continues to this day,” Iain continued. “From those early days the Foundation grew and over the last twenty years it has raised billions for the sport development sector.

“The Mandela name also attracted support from top international sports and entertainment stars, and now many of the legends of sport are ambassadors for Laureus,” he said. Currently, Laureus Sport for Good supports more than 200 development programmes in over 40 countries.

Yet, many challenges remain. As All Blacks legend Sean Fitzpatrick, now chairman of the Laureus World Sports Academy, succinctly put it, “As we enter the third decade of Laureus, the role sport can play in society is as powerful as ever, and as an organisation, we are committed to continuing to live out Mandela’s legacy for the next twenty years and beyond.” 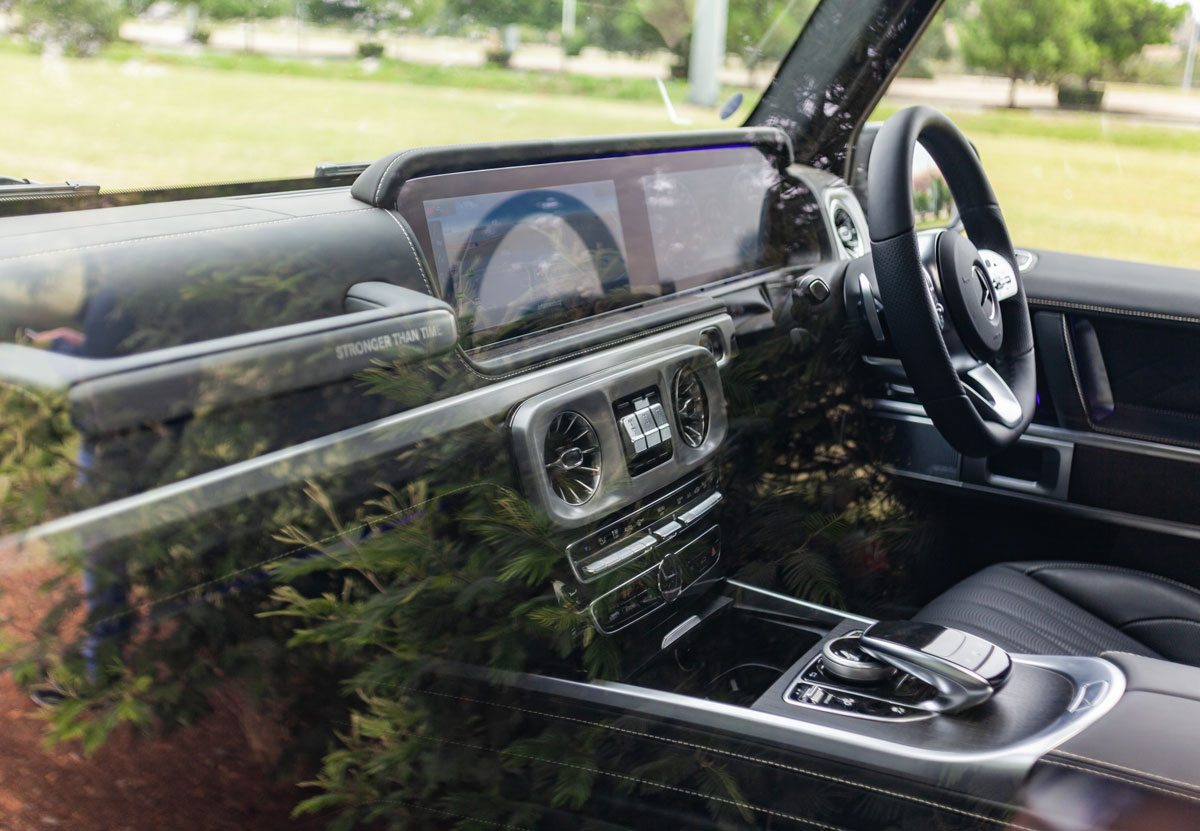 A special journey calls for special wheels, and for our tour to celebrate the successful 20year collaboration between Laureus and MercedesBenz and the Madiba legacy, we had a special limited edition of a vehicle that has become an automotive legend – the iconic G-Class.

By far the longest-standing passenger car model series built by MercedesBenz, the G-Class is the forefather of all threepointed star SUVs and has become the standard against which other offroad vehicles are measured.

To mark its 40th anniversary (it was celebrated last year but due to unforeseen delays we only received these derivatives now) MercedesBenz unveiled the special Stronger Than Time model – an exclusive G400 d J40 (Jahre 40) Edition – equipped with the most powerful turbodiesel engine in the G-Class yet, delivering 243 kW of power and 700 Nm of torque.

Our journey started in downtown Johannesburg at the 40metre tall mural of Nelson Mandela, the boxer, in the Maboneng Precinct. Here we met Ntambi Ravele, deputy chairman of Laureus Sport for Good South Africa, and the woman who initiated the formation of Women and Sports South Africa in 1996 before she founded the South African Women and Sport Foundation (SAWASF) in 2008.

Interestingly, she is also a former chairperson of the Boxing South Africa Board (BSA), and the first and only women to be appointed into this position in a historically male dominated sport. Unfortunately, the impressive boxing mural is now nearly hidden from view by new, tall surrounding buildings. A pity.

Another programme supported by Laureus is Fight With Insight, founded by Luke Lamprecht who also acts as a guide for the Joburg Mandela Walk, including the “Shadow Boxer” monumental sculpture of Mandela by Johannesburg-born artist Marco Cianfanelli in front of the historic Chancellor House, where Mandela opened the first black law firm in the country.

From here we made our way to Ellis Park Stadium, scene of perhaps the most revered Springbok victory in history – when the national team beat the All Blacks in the final of the 1995 Rugby World Cup – also remembered for Madiba wearing a No. 6 Springbok jersey …

We then visited “The Calabash” (FNB Stadium), also known as Soccer City, venue for the 2010 World Cup Final. The World Cup closing ceremony on the day of the final also saw the final public appearance of Madiba, the man renowned for how he could “roll with the punches” …

In AMG Line guise, with flared wheel arches over black 20inch AMG multi-spoke alloys, AMG bumper design elements, and an exterior protective strip, the special G-Class looks like it too can withstand any punch thrown at it. The Night Package adds darkened lights and outside mirrors, tinted windows, and a tidy spare wheel ring. 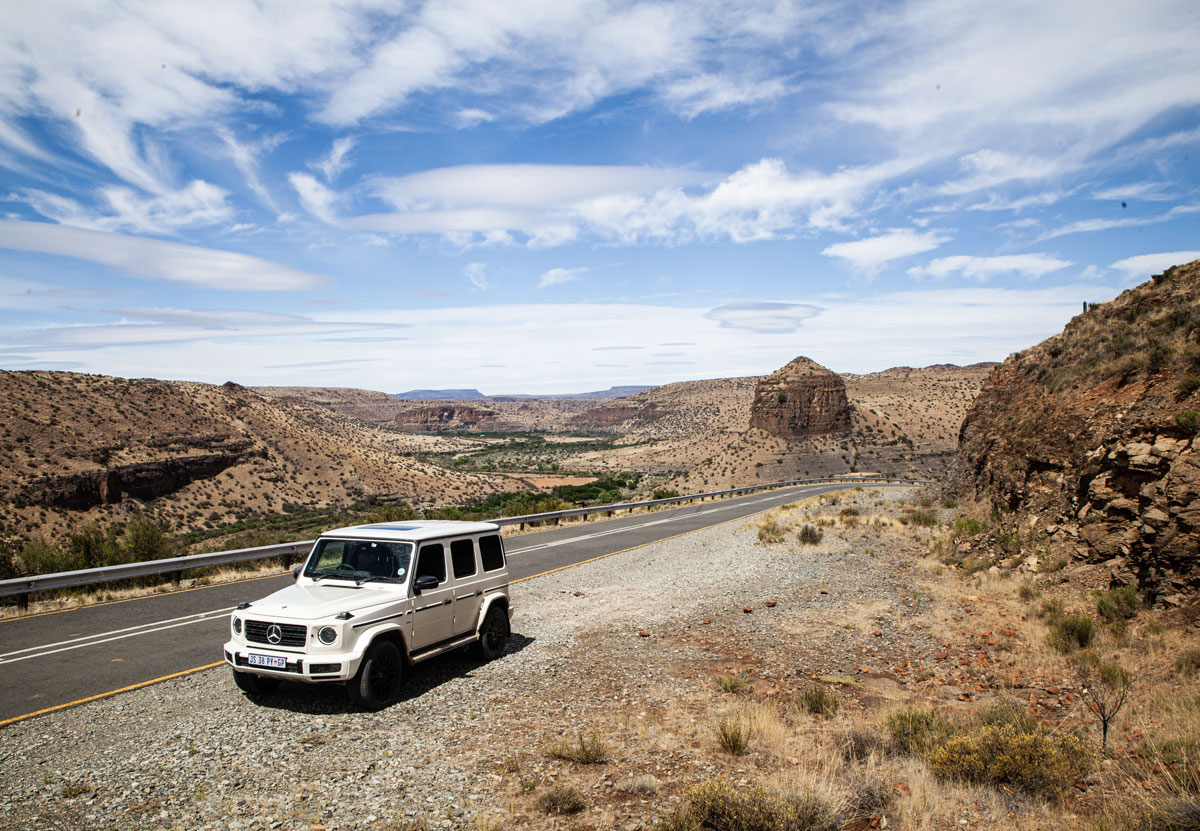 On the N1 highway the new G400 d, with a completely revised chassis, drivetrain, and bodywork, impressed with its smoothness and responsiveness. Compared to its predecessors, the engine and transmission combination are exceedingly smooth, and the redesigned, plush interior is much more comfortable than before.

However, some things have not changed. The big doors still need a good push before it closes with a solid sounding clunk, and when the central locking system engages, it sounds like the steel doors of the high-security section of “Sun City” (Johannesburg Prison; we passed by it on the road) closing …

The miles passed serenely and uneventful, with the maize fields of the Free State slowly fading in the rear-view mirror, replaced by wild Karoo bush. We filled up close to the Gariep Dam before turning off towards NieuBethesda.

We arrived late afternoon and stayed over at Outsiders, a quaint bed and breakfast venue. Opening the doors in the failing light revealed a nice detail: A G-logo and the lettering ‘stronger than time’ projected onto the road.

The next day, on the last stretch of our journey, we encountered some heavy rain and wind, and on the wet, slippery surfaces were thankful for the array of safety systems in the heavy G-Class. There was lots of wind noise, though, due to the sturdy, boxy shape of the 4×4 … 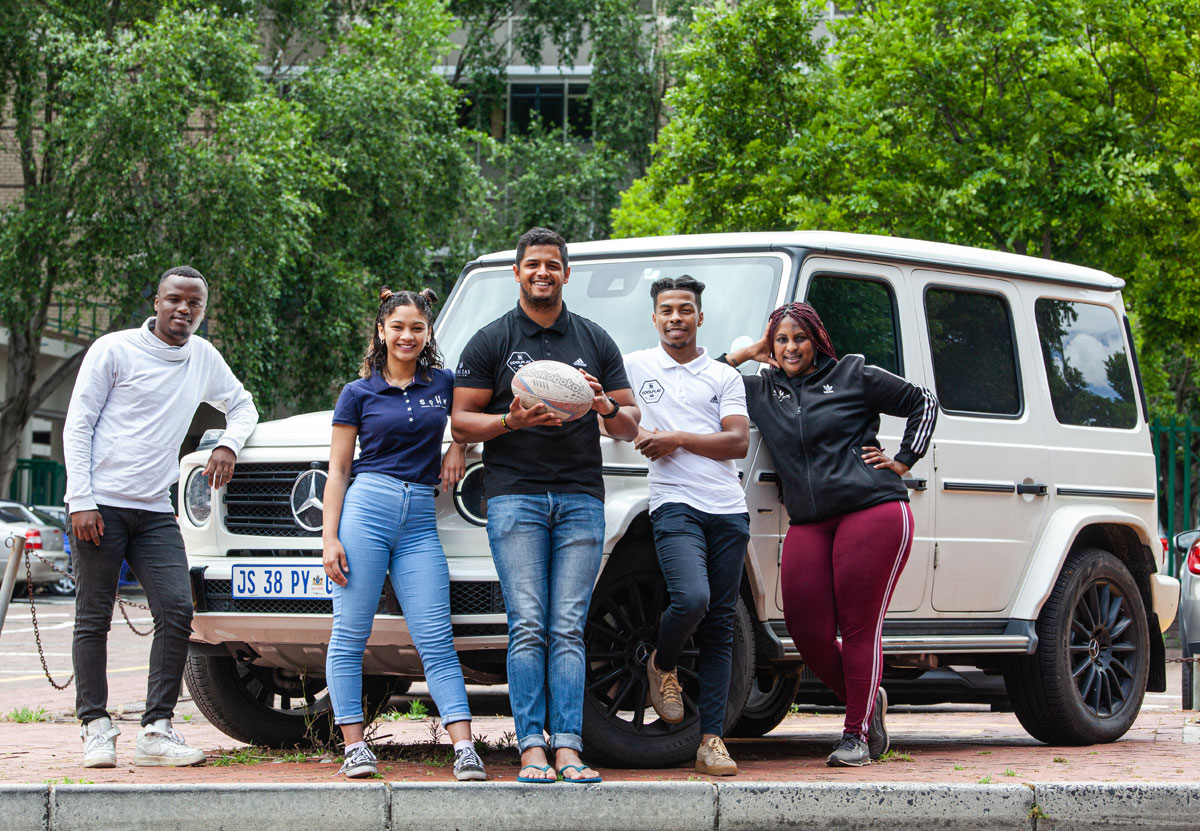 Back in Cape Town at last we visited Newlands Stadium, spiritual home of South African rugby and the venue that saw some real “Madiba Magic” when, against all odds, South Africa won the opening game of the 1995 Rugby World Cup against Australia …

Here we also met some of the young coaches involved in the 19 community-based sports programmes supported by Laureus and MercedesBenz South Africa, including Silindokuhle ‘Vuyo’ Mlonyeni from GCU (Great Commission United), Lourenzo Carelse and Lugmaan ‘Luke’ Ismail of Coolplay, and Courtney Barnes and Cassandra Çass’ Carels from the School of Hard Knocks.

All of them are involved in upliftment, motivational, and leadership programmes through sport in their communities. MercedesBenz South Africa also contributes to the Laureus Youth Empowerment through Sport (YES) education and youth development programme (both Luke and Çass are YESgraduates).

Listening to the passion and dedication of these youthful coaches, it was clear the first 20 years of Laureus Sport for Good only marks a chapter in its history, as they will carry on with the mission, as originally stated by Madiba.

With new initiatives such as the Laureus Green Challenge and their ongoing commitment, the Laureus Foundation, like the virtually indestructible G-Class, will prove to be Stronger Than Time.

Win with Club Laureus
The Laureus Sport for Good Foundation and MercedesBenz South Africa are giving you the chance to win a brand-new MercedesBenz A200 Sedan, valued at over R600 000. To earn you tickets into the draw, invest in the continued efforts of our Programmes through a monthly or once-off donation. Visit https://club.laureus.co.za/ for more details.