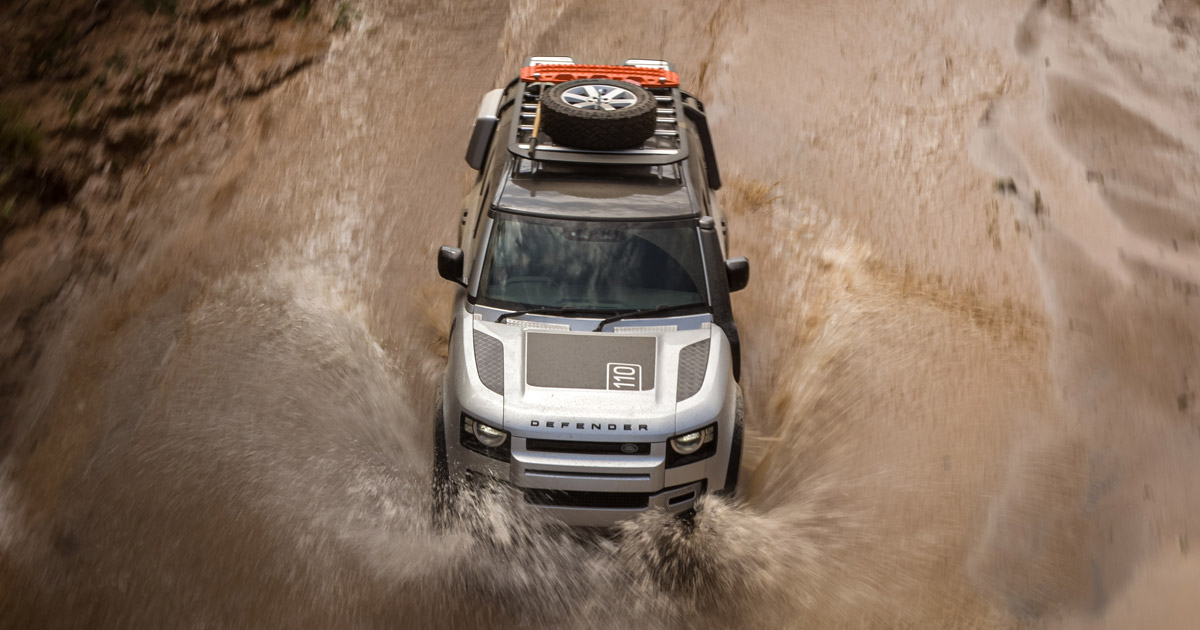 Namibia is a harsh country. With temperatures ranging from above 40 degrees to well below zero, and some of the most challenging road conditions in the world, Land Rover could not have chosen a more apt place for the launch of its New Defender. William Greenjoined the convoy in Kaokoland.

While all the focus was on how the new Land Rover Defender performed in Namibia earlier this year, let it not be forgotten that this sparsely populated region is one of the best places for a road trip.

South Africans have a particular affinity for the country, and every off-road forum has a myriad of threads that provide insights, comments, and advice of every possible nature regarding this sparsely populated destination with thousands of kilometres of gravel roads, desert, sea, and beach.

Make no mistake – it is a harsh place for sure, with temperatures ranging from above 40 degrees to well below zero during certain times of the year. Road conditions are varied too, with smooth tar and gravel to corrugated stretches that will shake the fillings from your teeth and punish any suspension system mercilessly.

For this reason, Land Rover could not have chosen a more apt place for the launch of the new Defender. Sorry, Toyota, but Africa was largely explored and mapped by Land Rover with the various Series models before the iconic Defender took its place among classic folklore.

The motoring world and Defender fanatics held their collective breath for many years before the final reveal at the Frankfurt Motor Show last year and as expected, the reception was not without its critics. Immediately social media was flooded with opinions that varied from those that loved it and, quite frankly, some very rude and unpublishable insults, but what was clear – people either loved it or hated it.

Land Rover knew that they had one chance to make it work and after a few months, it seems like there are now less haters – probably in no small part thanks to the time that was spent in Namibia.

Land Rover chose Opuwo Country Lodge as their home base. A complete workshop was built, that housed boxes of spares, tyres, hoists, hard-, and software. The building would be left for the lodge on their departure to be used as a laundry facility.

They brought out twenty pre-production units for the time they were there. All were fitted with the optional Explorer pack and a winch, along with all the other good things you will need if you are going to be doing serious long-distance driving in tough and hostile surroundings.

The entire Defender team that had started the journey from concept to reality were in attendance, and every evening engineers would download the vehicle data to see how it had performed under test conditions. This would then be sent to HQ in Britain for further analysis and any software upgrades would be downloaded to the vehicles’ software.

Because of the constant live testing, Land Rover could upgrade slight gearshift changes in sand mode and they also found that the tyre pressure monitor settings would have to be changed to accommodate much lower tyre pressures when driving in sand.

Hardware was also adjusted in the workshop for the wheel arch protectors that were taking a pounding with constant sand, stones, and water taking its toll. 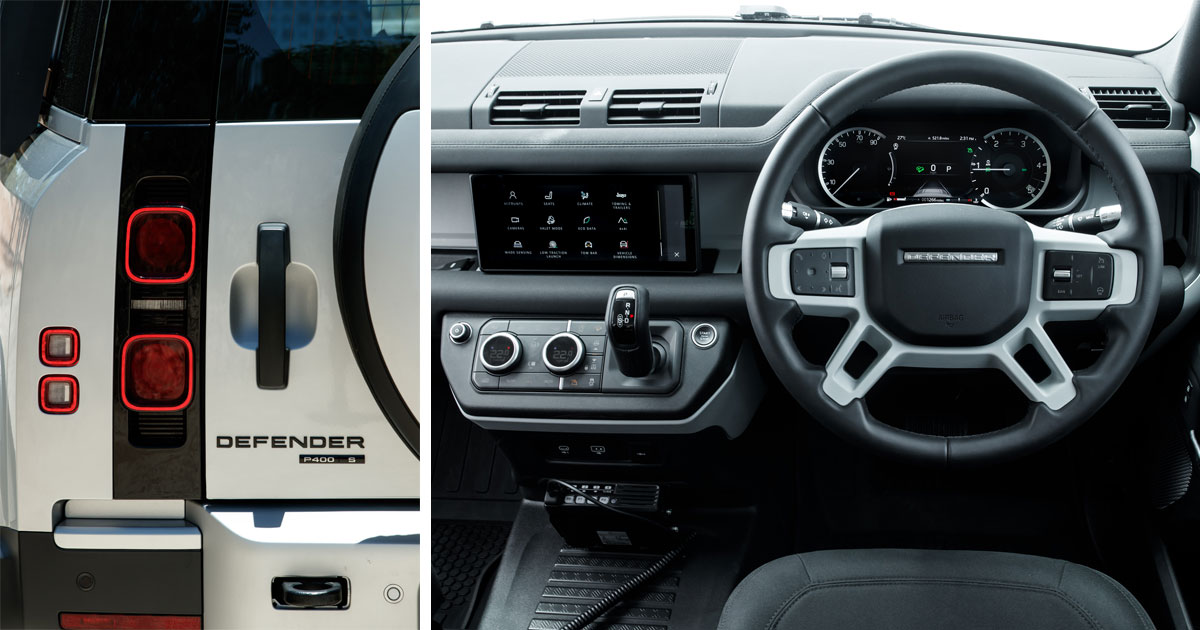 The S240s were fitted with 18-inch steel wheels and the P400s with 19-inch alloys. All 110 versions will have air suspension, while the 90, when it comes to South Africa, will have an option to fit coil springs.

All the models are fitted with Configurable Terrain Response, allowing the driver to set the vehicle up for off-road conditions to their personal liking. The Terrain Response 2 system also features a new wade programme and with a 900 mm wading depth, seeing the depth of the surrounding water on the high-definition touchscreen, comes in handy when you are fording across rivers in the hinterland.

Our destination the first evening was Van Zyl’s campsite. This gave us an opportunity to fiddle with the various settings, including the ClearSight Ground View which, with clever camera positioning, shows the hidden area directly in front of the vehicle, essentially allowing you to see through the bonnet.

In the Auto setting, constant monitoring keeps the vehicle operating at its most effective for general off-road purposes, which should suffice for most owners doing any kind of overland trip. 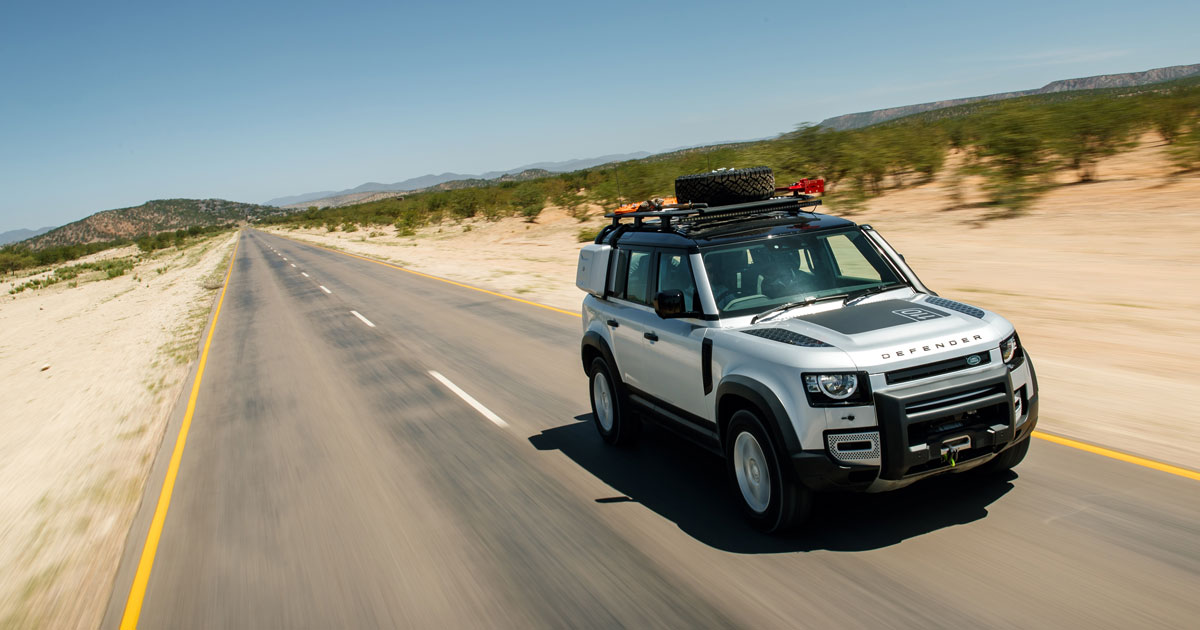 Van Zyl’s campsite offers enough amenities to wash and prepare for what every person who has ever heard about Namibia has dreams of doing: The legendary Van Zyl’s Pass.

It would take two hours to drive the 10 km pass with sharp rocks, twists, and turns, ascents and descents testing the vehicle to the extreme in 40+ degrees. With the suspension raised, in low range, and rock mode selected, the vehicle came into its own and any doubt about its ability were laid to rest.

Up over the rocky Joubert Pass and onto the Marienfluss with its hard sand roads and coloured oil drums as direction indicators, the air suspension worked overtime on the corrugations and soft sand in a drive that can only be described as overlanding nirvana.

Eventually, after eleven hours, the convoy pulled into Elephant Lodge in Purros, another one of the many well-run conservancies in Namibia. The luxury lodge accommodation was a welcome reprieve from the heat and dust and opting to sleep outside on the veranda mattress, I was awakened the next morning with a spectacular sunrise and a horizon stretched as far as the eye could see.

On the final day, we drove back to Opuwo Country Lodge but not before a spectacular drive to and along the Skeleton Coast. If there was a prize for the longest stretch of corrugated road, this would take it hands down, yet the Defender’s suspension handled it with aplomb. 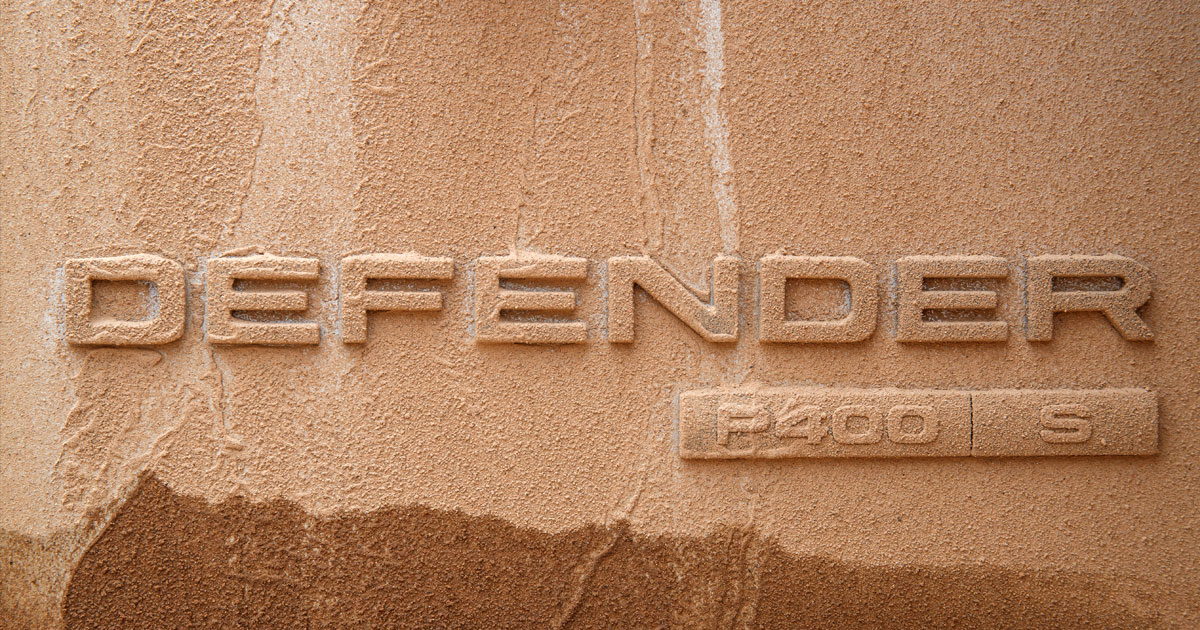 Entering a riverbed that the previous week had been bone dry, the convoy was confronted by a wet, soggy quicksand-afflicted drive that required careful negotiating. However, as anyone will tell you, on an overland tour, conditions will trip you up no matter how careful you are.

Regular use of winches and snatch straps made the going slow but it is also part of the whole experience that makes long trips so epic. It proves that any extended tour with tough terrain should never be undertaken alone. In the time that we were there we did not encounter one other group, so if you happened to be alone, the possibility of becoming a statistic would have been very high.

By now, the Defenders were seriously looking the part, covered in dust, mud, dirt, and grime as they headed for Sesfontein for a refuel and a welcome piece of banana bread and coffee.

Talking of fuel, driving like we did was not exactly frugal. The 3.0-litre mild hybrid petrol stopped with 30 ℓ/100 km and the previous day in the diesel version, consumption showed 23 ℓ/100 km. Keep in mind though that for the most part driving was in sand, mud, and water, with long stretches in low range.

After completing almost 800 km in some of the toughest terrain imaginable, the Defenders had come through mostly unscathed and with no mechanical issues, while Namibia had once again proved why it remains the go-to destination for any overlander.