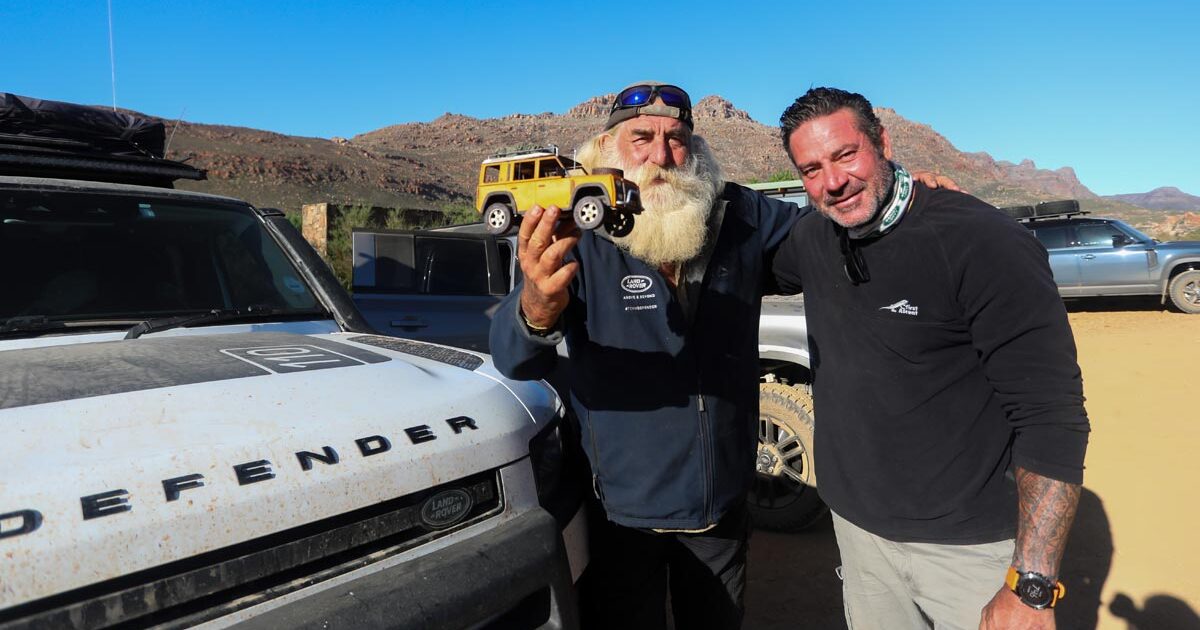 Just over three months after setting off on a mission to follow the land border of South Africa, track the Atlantic and Indian Ocean coastlines, and circumnavigate landlocked Lesotho, the Kingsley Holgate Foundation Mzansi Edge Expedition is coming to an end. We visited the intrepid explorers near the halfway point of their journey …

Kingsley Holgate’s eyes were sparkling in the light of the flaming campfire as he kept us mesmerised with stories from his and his team’s latest endeavour, the Mzansi Edge Expedition – a journey with a difference, as it was purposely devised to assist those in need with meals, masks, sanitising soap, and digital thermometers around the perimeter of the country.

The epic 70day, 10 000 km geographic and humanitarian journey – a continuation of the efforts by the Holgates to deliver around 450 000 meals to rural communities bordering wildlife parks in KwaZuluNatal, Mpumalanga, and Limpopo during the hard lockdown period – started on 18 September with the traditional filling of the symbolic expedition Zulu calabash at Kosi Bay mouth on the Northern KwaZuluNatal coastline.

With new Land Rover Defenders as support and signature vehicle, the trek continued from there to the most Easterly point on the border with Mozambique, tracking the South Africa/Mozambique border along the old McMahon Line to reach Tembe Elephant Park and Usuthu Gorge, where South Africa, Mozambique, and Swaziland meet.

“This border is porous, with many crossing points and has been like this forever; people moving to-and-fro, contraband smuggling – especially during the weeks of the hard lockdown – rhino poaching syndicates, drug runners, and stolen vehicles all clandestinely move across the border,” Kingsley said while staring into the fire.

“Vehicle theft got so bad in the border town of Manguzi that residents took to the streets in protest; their vehicles were not safe, not even in their own garages. The governments are trying to put a stop to this and initially they placed big boulders along vulnerable sections of the fence, then concrete posts.”

He laughed. “Now, to our amazement, we found workers constructing a wall – huge interlocking slabs are being erected. Whoever would have thought that South Africa would start building its own ‘Trump Wall’?” 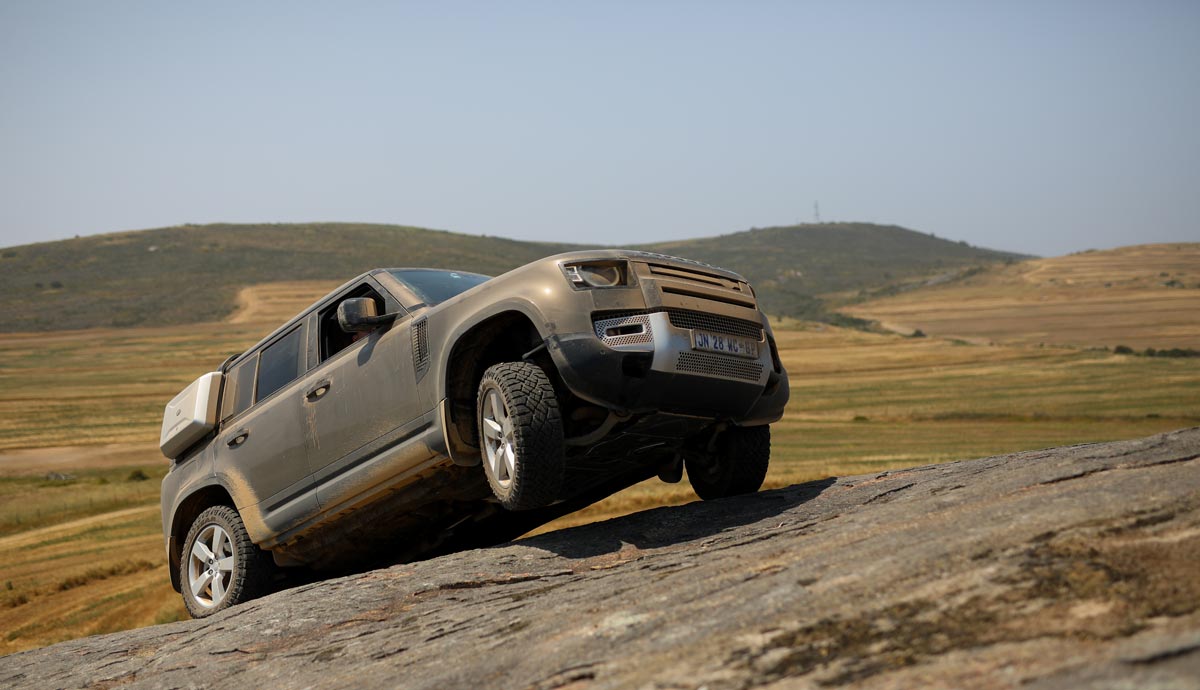 From here the expedition convoy pushed on West, still following the McMahon Line, distributing Do More nutritional porridge packs to needy families living close to the Ndumo Game Reserve before stopping at the edge of the ancient Lubombo escarpment and to the world-famous Border Cave.

“It gives one a fascinating glimpse into the past. Archaeological excavations show that humans lived here 130 000 years ago and the skeleton of an infant buried in the floor of the cave dates back 100 000 years; it is one of the first examples ever found of early humans using burial rituals and wearing jewellery.”

From here they ‘Defendered-it’ South following the Lubombos, past the lonely grave of Dingane and Phongola Nature Reserve on the Eswatini border – part of the oldest proclaimed protected area in Africa and the second-oldest in the world after Yellowstone National Park in United States.

Led by Ross in the new Defender they followed the outline of Eswatini, negotiating the tough terrain of the Makhonjwa Mountains, said to be the oldest in the world, dating back 3,6 billion years, and a 4×4 trail to the crumbling ruins of the old Victoria Hotel, in what was once the gold mining village called Eureka City before fuelling up in Barberton, one of the most colourful towns close to the edge of Mzansi. 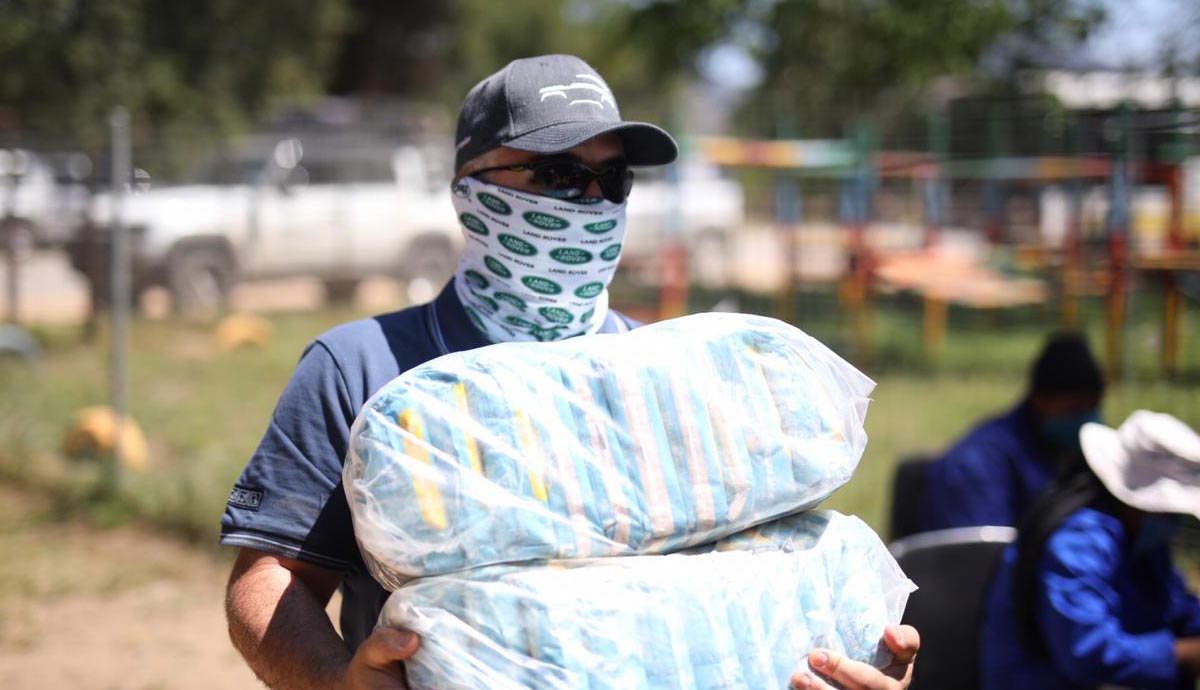 From there Team Defender followed an old wagon trail to Jeppe’s Reef and beyond, to Komatipoort and the fenced border known as the ‘Kaftan Line’. Here, Kingsley narrated, they nearly got arrested by fully armed South African soldiers on patrol, trying to stop car- and stock theft.

They also received permission to visit the Samora Machel Memorial Monument near Mbuzini before returning to Komatipoort with the objective to follow the Eastern boundary of the Kruger National Park all the way to Crook’s Corner where South Africa, Mozambique, and Zimbabwe meet at the confluence of the Luvuvhu and Limpopo rivers. Then they followed the length of the Limpopo River boundary with Zimbabwe and Botswana to reach the Kalahari.

Here, days of soaking rain turned the dirt road into a slushy track and the Landies were coated to the roof-racks in thick mud by the time they reached Madikwe Game Reserve. From there it was into the Northern Cape and the Kalagadi Trans-Frontier Park reaching the SABONA beacon that marks the point where South Africa, Botswana, and Namibia meet. 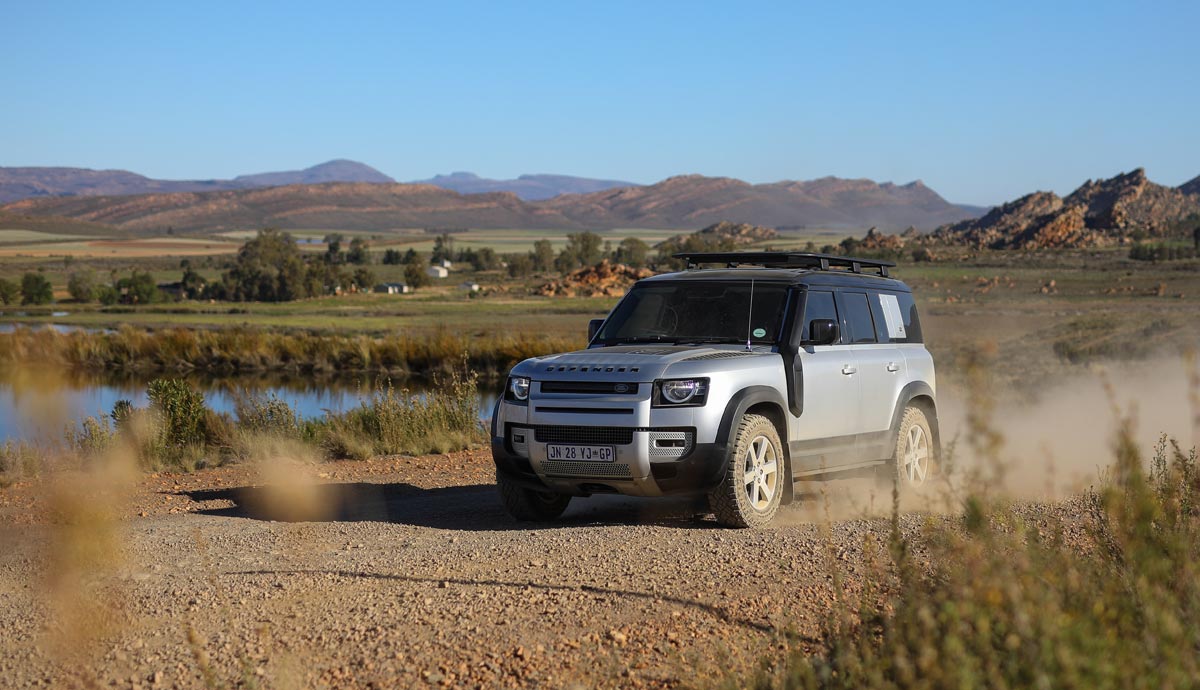 Three days of gut-swooping dune-riding followed – catapulting the Landies over countless high red Kalahari sand dunes that make up the dead-straight Namibian fence line. “It was a big test for the new Defender, made all the more enjoyable by the company of ‘fence-man’ Jan Englebrecht, his two well-travelled little dogs and Niclaas, the keeper of a huge bunch of farm gate keys,” Kingsley said.

Then a week of extreme heat, dehydration, desert sand, slippery rocks, thick dust, and kilometres of bone-shaking, teeth-rattling, suspension-busting corrugated roads followed, tracking the Orange River border with Namibia – including a successful descent and ascent of the notorious Road to Hell mountain pass near Vioolsdrift.

From there they negotiated the Richtersveld to the Orange River mouth on the Atlantic at Alexander Bay before turning South, tracking the West Coast through the restricted diamond mining area all the way down to Lamberts Bay and inland to the Cederberg – where we met up with the expedition. 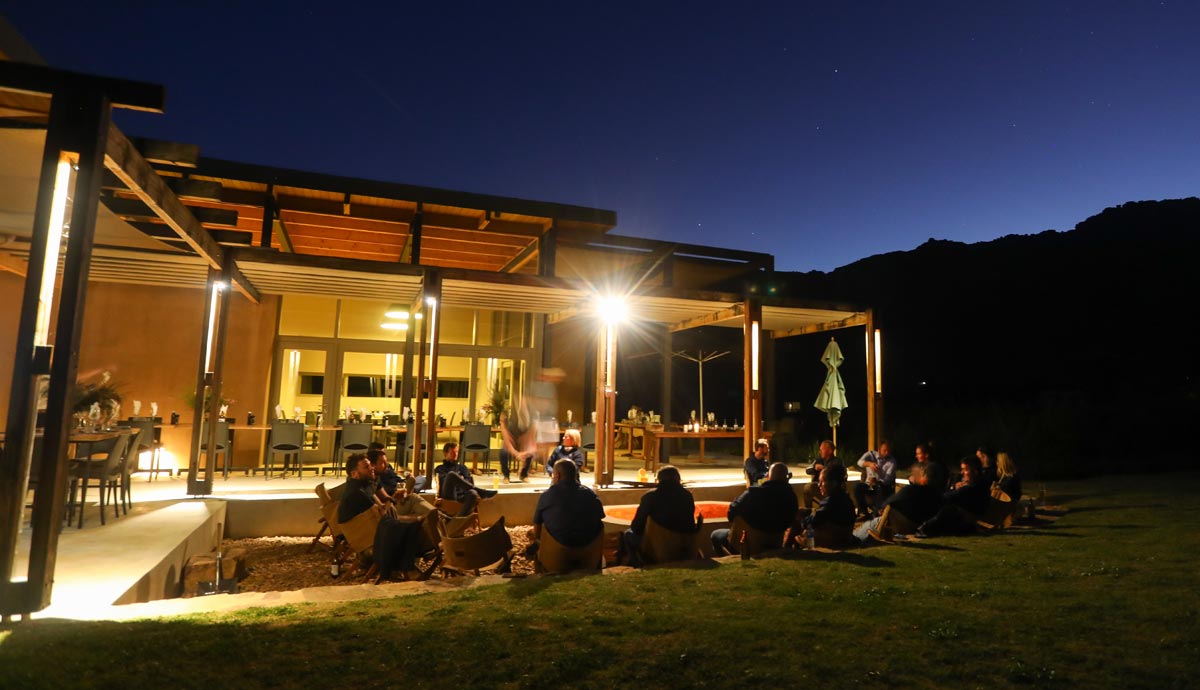 Mzansi Edge is the first long-distance test for the new Land Rover Defender, with a 110 P400 leading a host of previous generation models along the expedition route. So, we visited the expedition with a convoy of new Defenders, taking the picturesque back routes through the Cederberg.

We overnighted at Kromrivier Cederberg Park and it was here, around the big fireplace, where Kingsley, Ross, and the rest of the Mzansi Edge team joined us and related some of the interesting adventures they had “living on the edge”.

“In truth, following the land borders of South Africa was much tougher and more adventurous than we expected.” said Ross, “But we have made it this far and are ready to tackle anything the Agulhas coastline, Eastern Cape, Wild Coast, and the Lesotho circumnavigation have to throw at us.”

*The last update from the expedition was that they have completed the Jikaleza Wild Coast and Pondoland coastline and have crossed the Umtamvuma River into KwaZuluNatal at Port Edward. Follow the Holgates on social media using the #TeamDefender hashtag. Regular updates are shared on Instagram @LandRoverSA, Twitter @LandRoverZA, and Facebook @LandRoverSouthAfrica.