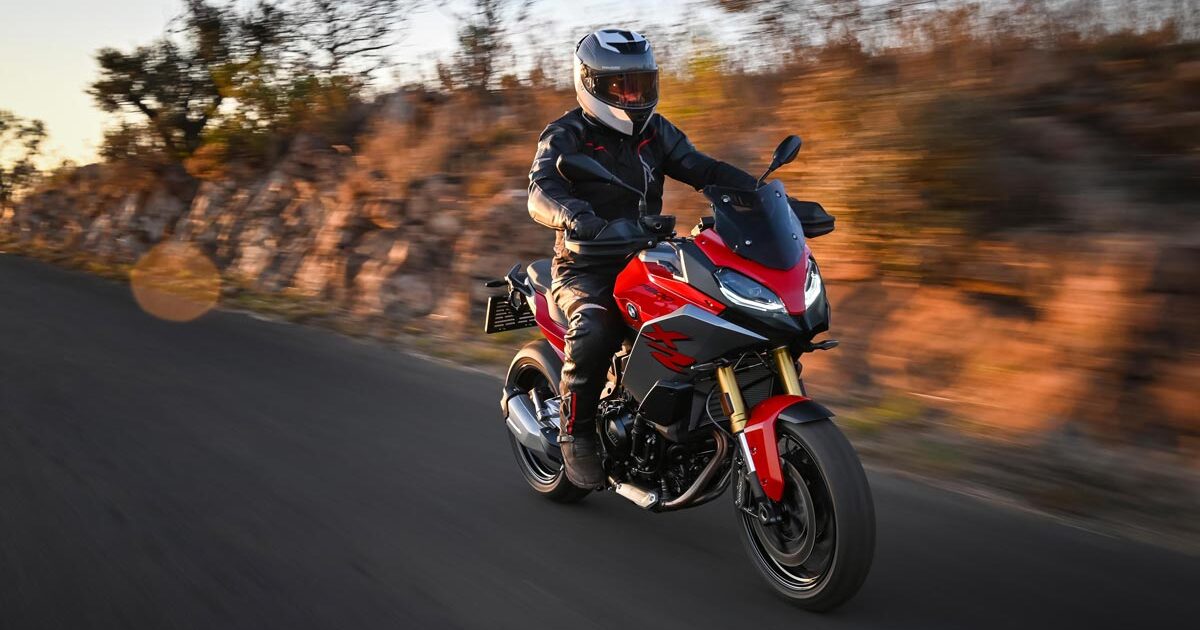 Tim Carr took something no-one wanted and turned it into his dream. Jim Freeman took on the Seven Passes on the Garden Route with a BMW F900XR to visit him and his piece of Eden …

“This place was abandoned and overgrown. You could not drive a vehicle onto the property but had to thread your way through the undergrowth on foot. Pine and wattle had turned it into a wasteland where nothing else could grow or live.”

“This place” is Reflections Eco-Reserve, situated on the banks of Rondevlei on the back road between Wilderness and Sedgefield, and one of the largest conservation projects on the Garden Route. The speaker is Tim Carr, co-owner of the estate with his wife, Angelique.

“When we bought our first 27 ha in 2007, we had a bird-count of just three species. We are now on 216 species and that is entirely due to our alien-eradication and land rehabilitation programmes. In all, we have cleared 42 ha and planted in excess of 3 500 indigenous trees.” 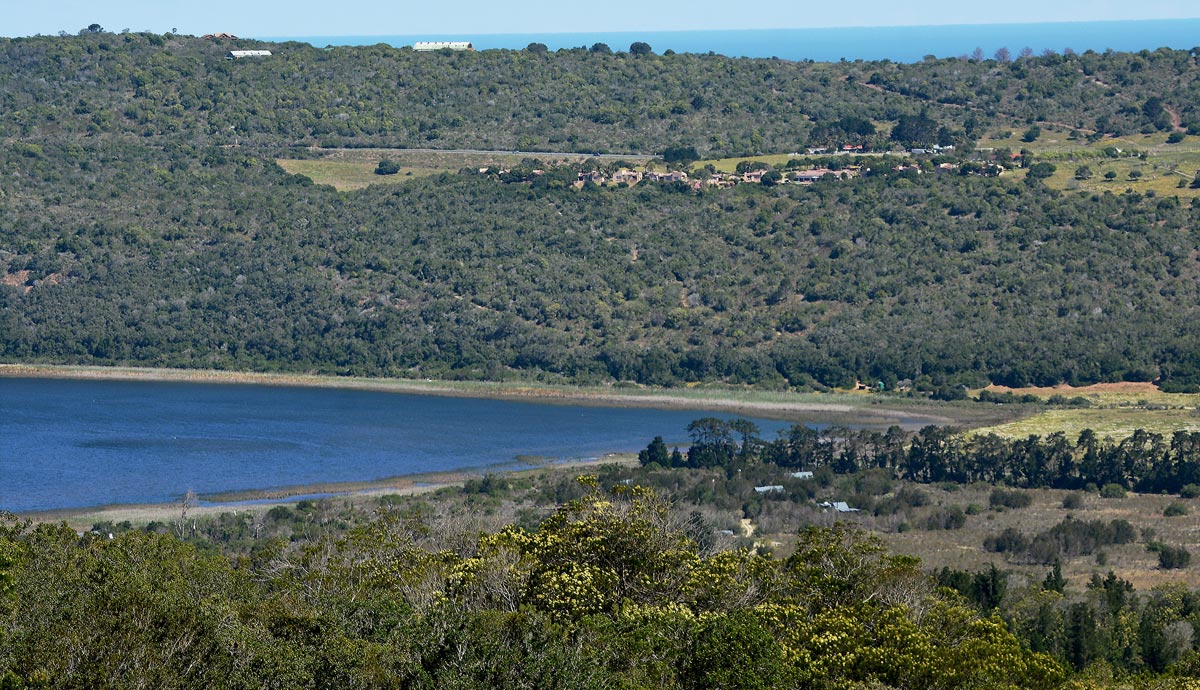 Accommodation is self-catering and consists of four wooden chalets (sleeping up to six people each) and a pair of luxury tents for couples. The reserve is solar, gas, and wind powered. Reflections Eco-Reserve (www.reflectionsreserve.com) is almost surrounded by the Wilderness section of SANParks’ Garden Route National Park.

The Carrs met on a private game reserve in Mpumalanga 20 years ago – he as a guide and she “front-of-house” – and their journey subsequently took them to Botswana, Namibia, and back to South Africa. It was while they were at Kwandwe Private Game Reserve in the Eastern Cape that they decided they wanted to do their own thing.

“I have been coming to the Garden Route since I was a boy. I have always regarded it as a national treasure that has to be preserved for – and made available to – every South African.” He says the fact that no-one wanted the place meant he could acquire the land relatively cheaply. “I could never have achieved my conservation dream if this had not been derelict,” he admits.

I share Tim’s love of this particular section of the Garden Route, known as the Wilderness Lakes area, but for me it holds an additional attraction; it is a wonderful place to explore on two wheels! Between George and Knysna runs the famed Seven Passes Road (and a couple of intriguing offshoots), a 75 km route constructed by Thomas Bain between 1867 and 1883.

It is the bees’ knees for a light adventure bike and my BMW F650GS Dakar has become a familiar sight in this area over the years. The only problem is my bike is slightly underpowered and rough for the 900 km trip from Cape Town to Wilderness and back. Like Goldilocks and Baby Bear’s bed and porridge, I always thought that something around 900 cc would be “just right”. 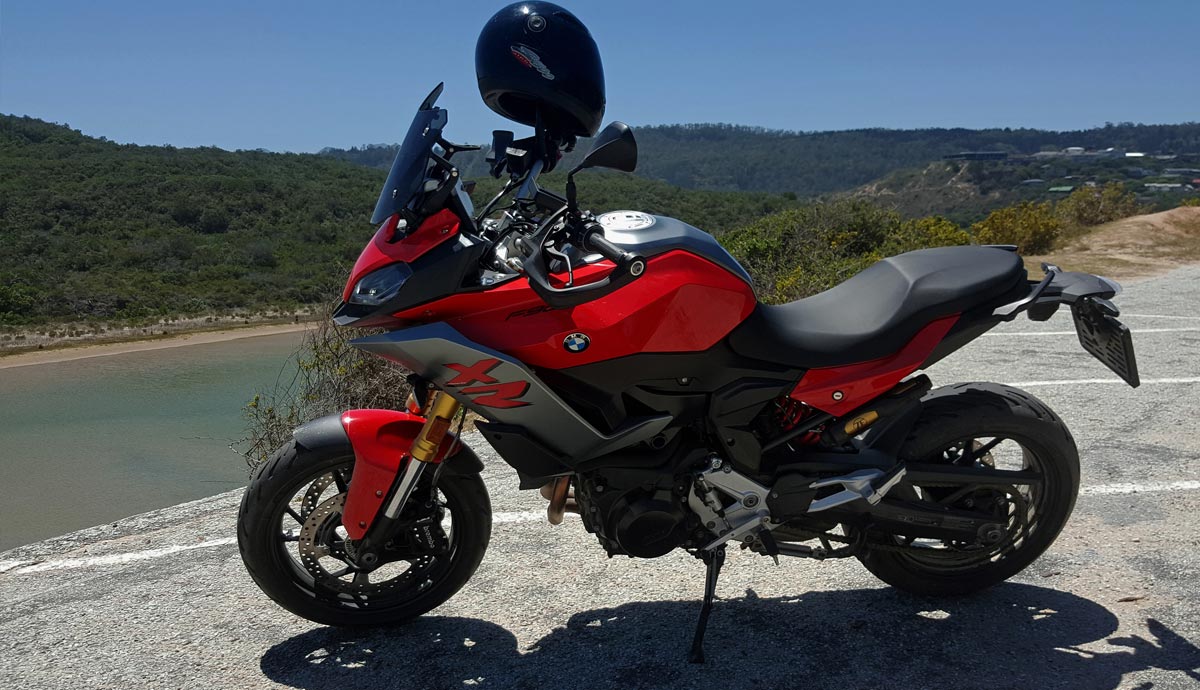 Enter the BMW F900XR, a “lite” or “naked” version of the German manufacturer’s world-leading GS series … with a sporty twist, as its engine is an enhanced version of the motor introduced in the F850GS of 2018. This bike is not one you would use to cross the Gobi Desert. Neither would you load it up and cruise the coastline of South Africa from Dukuduku to Alexander Bay.

It just is not **that** kind of adventure bike. If, however, you are looking for a cruising “funduro”, for example something to take from Cape Town to Wilderness so you can welly it through the curvaceous roads that link Hoekwil, Karatara, Homtini, Rheenendal, and the Phantom Pass (to name a few), the F900XR is a winner. It is powerful, responsive, and has the requisite safety features to help you out of whatever trouble your exuberance might get you into.

It is also light enough to pick up if you drop it … not something you could easily do with a GS1250 Adventure. With a relatively low seat height of 775 mm and a width of just 860 mm, you can easily “paddle” through sand if necessary (the upright riding position allows you to ride with soft hands, too).

This was helpful because the last kilometre between the gate to Reflections and my tent was down a tweespoor track that was literally undermined by moles. At one point I ran out of the compacted wheel-rut and was abruptly bogged down to both axles! On many other bikes, I would have gone straight over the handlebars. A word of caution, though: if you are dining out at any of the fine restaurants in Wilderness, go easy on the vino and make sure you are back in camp before the sun sets.