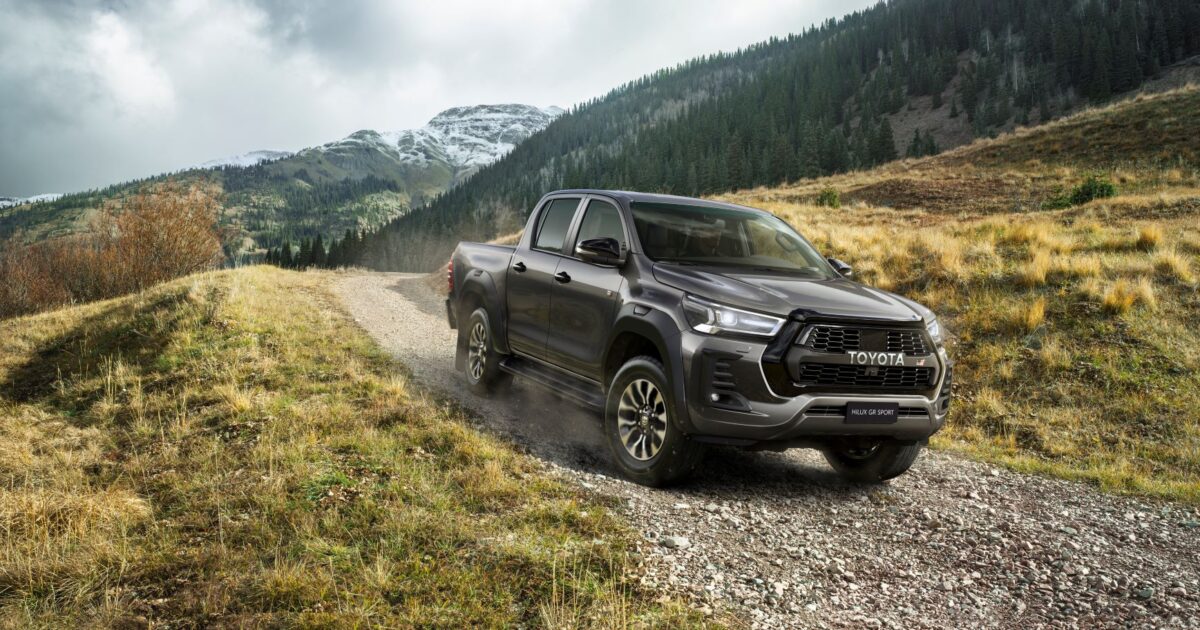 Just over two years ago, Toyota South Africa introduced a special Hilux derivative, the GR Sport. Offered in double-cab format with three colours only and limited to 600 units, the launch of the GR Sport followed shortly after Nasser Al Attiyah’s victory in the homegrown Toyota Gazoo Racing South Africa Hilux in the 2019 edition of the iconic Dakar Rally…

Ornamented with an enlarged honeycomb front grille including distinctive and bold Toyota lettering, Gazoo Racing branding with audacious red/white/black decals and a tuned suspension setup, this original GR Sport derivative certainly stood out from the rest of the range…

Toyota states the latest GR Sport model (like its locally offered predecessor) will come with dedicated suspension enhancements and a series of exclusive exterior and interior design features to reinforce its appeal. Its special character is emphasised by a black grille with dedicated G-pattern mesh and a prominent horizontal bar emblazoned with bold Toyota lettering, in place of the brand emblem – a strong reference to the Toyota GR DKR Hilux T1+.

New, larger front fog light surrounds adorn the front, its 17-inch alloy wheels have a contrast black and machined finish, and the black theme is carried through in the door mirror casings, side steps, over-fenders and tailgate handle. This is offset by bright red shocks absorbers and springs, and discreet GR Sport badging… in stark contrast to the bold branding and decals of the previous GR Sport.

Inside, there are new black leather and synthetic suede sports seats in front with red perforations and contrast stitching, and GR Sport branding on the seatbacks, carpet mats, starter button and as info display animation graphic. In keeping with its precursor, the new model also has aluminium pedals, carbon fibre-style trim, a red deco line across the instrument panel and blue door panel illumination.

Like its predecessor, the retuned suspension system has monotube shock absorbers and new, stiffer front springs, contributing to better off-road performance and ride comfort. The local GR Sport derivative, also available only in double cab form and powered by the uprated 2.8-litre engine (150 kW and 500 Nm of torque) matched to a six-speed auto transmission, may have some small detail deviations from the Euro-spec model. Pricing has not yet been revealed.